The South East European Cooperation Process Parliamentary Assembly (SEECP PA) is an entirely regional initiative, the result of a 20-year cooperation which demonstrates the sustainable interest of the participating parliaments in the search of mutual ways for development and synergies. The Parliamentary Assembly of the SEECP was established in Bucharest in May 2014 following an extensive process of consultations aimed at transforming and further institutionalizing the SEECP Parliamentary Dimension.

Its goals include both topics that relate directly to the SEE region, and topical issues in the area of European policies and European integration. SEECP PA geography covers the region of South East Europe, including EU member states, candidate countries and potential candidates.

The SEECP Parliamentary Assembly is linked to the SEECP, as an international cooperation platform of states of the SEE region, but is separate from the SEECP governmental dimension. The unique nature of the SEECP PA is that it is a format initiated by the parliaments themselves. All these features make it an attractive institution with the potential to become a leading parliamentary platform for the region.

Goals and aims of the SEECP PA:

The SEECP PA has outlined its goals and aims, based upon the principles of regional ownership and European integration as follows:
- Initiation of different forms of exchange of experiences in the field of legislation and its harmonization with the EU acquis, developing and coordinating practices for interaction with the SEECP Governmental dimension, and strengthening of the dialogue with the civil society in the region;
- Assuming the role of umbrella for achieving synergy of the activities of the regional initiatives and forms of cooperation regarding the economic and social development, development of the infrastructure and energy, internal affairs and justice, cooperation in the field of security, and development of the human capital;
- Encouraging, following and monitoring the realization of the goals and priorities defined by the rotating SEECP Presidency and the Regional Cooperation Council, as an institutional structure for transposition of the political declarations and decisions into specific projects and programmes;
- Intensification of the parliamentary diplomatic activities and establishing links with the regional, European and international organizations, institutions and foundations. 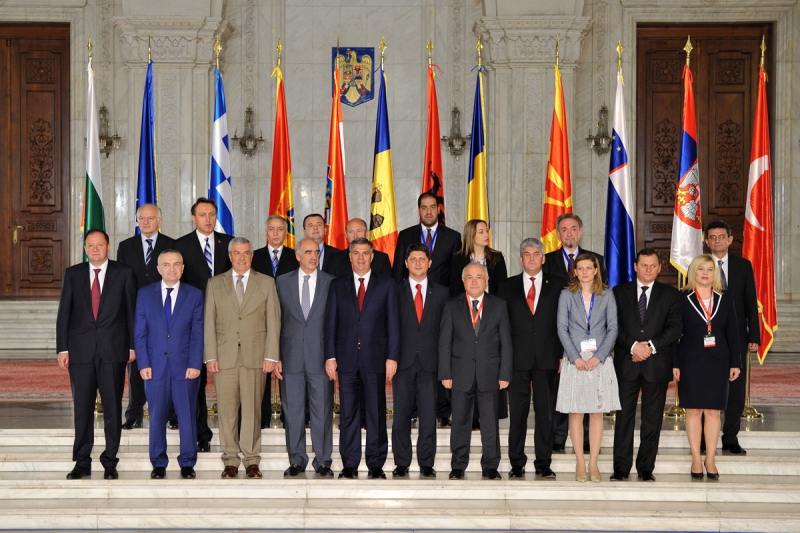